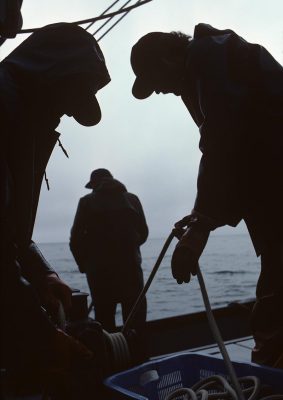 Alaska salmon fishermen have significantly higher rates of certain health problems than the general population, according to a new study conducted by the University of Washington School of Public Health in partnership with Alaska Sea Grant. The study identified noise-induced hearing loss, rotator cuff disorders and fatigue possibly associated with sleep apnea as being prevalent in this workforce.

The study began in early 2015 when Torie Baker, Alaska Sea Grant Marine Advisory agent based in Cordova, and members of Cordova District Fishermen United invited 600 salmon gillnet permit holders to answer health questions before and during the fishing season.

The research is among the first of its kind in the United States, according to the study’s authors. The peer-reviewed study was published in April 2018 in the Journal of Agromedicine.

Study: Alaska fishermen suffer high rate of health problems2018-10-062018-10-08http://annualreport.seagrant.uaf.edu/wp-content/uploads/2017/10/cropped-sea-grant-logo-white-512-sq-1.pngAlaska Sea Grant Annual Reporthttp://annualreport.seagrant.uaf.edu/wp-content/uploads/2018/10/pws-purse-seiners-59-1.jpg200px200px
About Us
Alaska Sea Grant is a partnership between the University of Alaska Fairbanks, College of Fisheries and Ocean Sciences, and the National Oceanic and Atmospheric Administration. It is one of 33 Sea Grant programs in the United States.

Our Vision and Mission

VISION: Alaska will sustain its vibrant marine, coastal, and watershed ecosystems, with strong coastal communities and people who make decisions using science-based and traditional knowledge for the social and economic benefit of all Alaskans.

MISSION: To enhance the wise use and conservation of Alaska’s marine, coastal, and watershed resources through research, education, and extension.

The University of Alaska Fairbanks is an AA/EO employer and educational institution and prohibits illegal discrimination against any individual: Learn more about UA's notice of nondiscrimination. 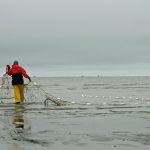 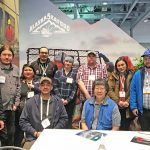